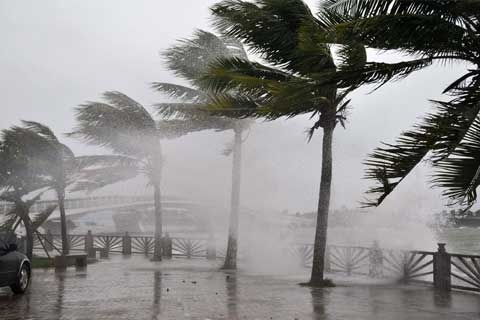 Typhoon and hurricane are terms that refer to strong, spinning storms that develop in particular areas of the world’s oceans. These storms, called in general “tropical cyclones,” are formed over warm water near the equator in one of seven ocean basins. Two of the most active cyclone-forming basins are the northern Atlantic Ocean, where storms with winds faster than about 120 kilometers per hour are called hurricanes, and the western Pacific Ocean, where those storms are called typhoons. In the Indian Ocean and parts of the Pacific, the same storms are called cyclones.